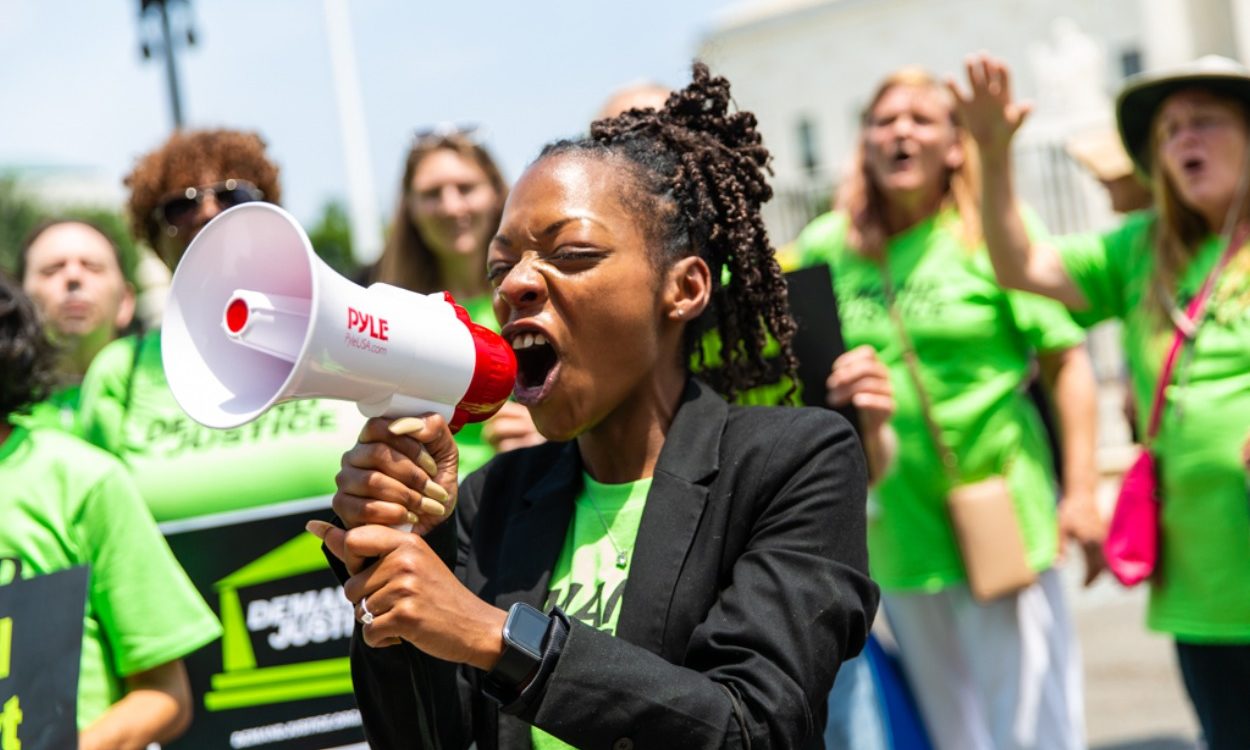 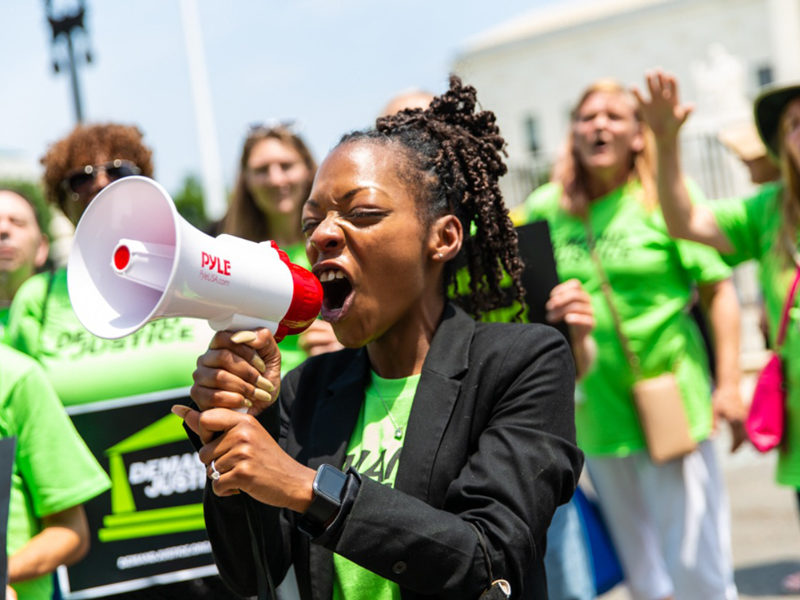 The Supreme Court has been hijacked & democracy is at stake

We are building a progressive movement to restore the ideological balance and legitimacy of our federal courts by advocating for court reform and progressive, diverse judges.

It’s time to restore balance to the federal courts.

America’s courts aren’t working for everyone. The Supreme Court is dominated by a 6-3 Republican supermajority that is consistently ruling in favor of corporate and partisan interests. Our federal and state courts are dominated by former prosecutors and corporate lawyers, and Congress’ failure to adapt the courts to a growing population means Americans can wait years to vindicate their rights in court.

Demand Justice is working to restore balance to the courts by reforming the Supreme Court, expanding the circuit and district courts, and championing new judges with experience as public defenders, civil rights lawyers, legal aid lawyers, and labor lawyers who represent working people.

Demand Justice first endorsed Supreme Court expansion in 2018 and called for a freeze on the appointment of corporate lawyers to the federal bench in August of 2019.

By participating, you consent to recurring autodialed marketing messages from Demand Justice to the phone number you provide. No consent required to buy. Msg&data rates may apply. Terms of Service & Privacy Policy apply.